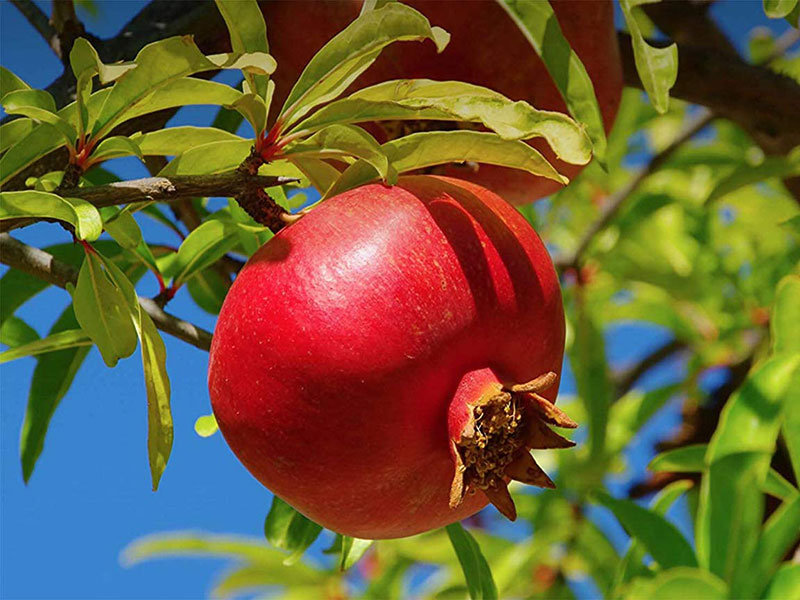 The pomegranate has been a significant metaphor in different cultures including Persian lore, throughout the history. Iran and Iranian tradition have common grounds with other traditions about this unique fruit. To illustrate, one can observe how the pomegranate has remained prevalent in Armenian cultural memory, Greek and Japanese mythology, Chinese porcelains, Turkish textiles, Spanish chests and many others as the symbol of fertility, birth or the gift of God.

Pomegranate is originated in Iran while it used to be a kind of royal fruit in ancient Greece. Its existence dates back to 4000 years ago when pomegranate was a luxurious souvenir of Iran. The pomegranate was known as a fruit from Paradise (named four times in Quran) and therefor planted around the environment of many worship locations and religious schools. That is why some Iranian Muslims believe that at least one of its gem-like seeds has come from Paradise and therefore should not let any seed fall on the ground.

Unbelievably, Iran has over 740 kinds of pomegranate some of which are quite well-known. They include Shahsavar, Meykhosh, Saveh, Malas Isfahan and some more. In Iran, Saveh (Markazi Province), Neyriz (Fars Province) and Ferdows (South Khorasan Province) are the biggest producers of pomegranate, respectively. Note that they differ in their taste, size and color. As an instance, Saveh includes white seeds and is sweet, thin-skinned and long-lasting, while Malas Isfahan is famous for having big red seeds and sour taste; however, the sweet types with white seeds are more nourishing. It is said that Miankaleh Peninsula (South-eastern part of the Caspian Sea) has been considered as the vastest organic and wild pomegranate forest in the world, extended about more than 100 hectares.
As Iran is the largest exporter and the second largest country for pomegranate production, this fruit has also had industrial use in Iran; traditionally, the thick layer of the red pomegranate skin was used as color sources for coloring Persian carpet wool and silk, hair color, fabric, etc.

In the season of pomegranate which is autumn, the juice is extracted and boiled until it becomes thick and turns to a dark brown sauce. This juice is the main ingredient in one of the most popular Iranian meals, it is called “Fesenjan stew” which eaten with white rice. Beside pomegranate sauce, it has chicken, walnut and spices. Cooking good fesenjan shows you’re a good cook, its some how a tricky food. Since the sauce is also available in sweet or sour tastes, the fesenjan stew varies according to household taste. Since Persian pomegranate has big fans in Iran, specifically interesting and eye-catching for the Japanese and south Korean tourists, it seems essential to diagnose the quality type from the poor one. If you are the type who is interested in sour taste, you either would try to have pomegranate products in Iran, or to buy some Annar as souvenir. In the first case, make sure to taste this pomegranate combination while in Iran. You will be surprised to see the popular stores. In the second case, please pay attention while buying pomegranate: The skin must be clear, thin and without crack. All in all, it can be said the pomegranate types and products is the most different snack you might find in Iran.